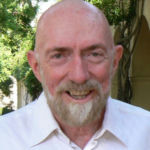 Why Is Kip Thorne Influential?

Kip Thorne was born in Logan, Utah in 1940. He received a BS from Caltech and earned his PhD in physics from Princeton University. He later returned to CIT to become a full professor at the age of 30. He was the Feynman Professor of Theoretical Physics at the California Institute of Technology (Caltech) until 2009. Thorne is a world renowned physicist who worked closely with the late Stephen Hawking, and was also a friend of Carl Sagan, the famous scientist and popular science writer. Thorne was a scientific consultant for the hit movie Interstellar, directed by Christopher Nolan.

Thorne focuses on relativistic astrophysics and gravitation physics, fields that cut to the core of our theory of the origin and nature of the universe. One of his theories has reached the mainstream and influenced pop culture: that wormholes can theoretically be used for time travel! Thorne co-founded the Laser Interferometer Gravitational Wave Observatory (LIGO) project in 1984, a gravitational wave experiment that seeks to measure gravity waves between any two static points, thus providing experimental support for basic physics theory. Significantly, Thorne also has expertise in engineering design and mathematics applications, and has helped design and develop many aspects of the instrumentation used by the LIGO project.

For his many contributions to fundamental physics, Thorne has received many awards and distinctions. In 1972 alone, Thorne received the American Academy of Arts and Sciences, the National Academy of Sciences, the Russian Academy of Sciences, and the American Philosophical Society. In 2009, Thorne received the Albert Einstein Medal from the Albert Einstein Society in Bern, Switzerland. Together with Rainer Weiss and Barry Barish, he was awarded the Nobel Prize in Physics in 2017.

According to Wikipedia, Kip Stephen Thorne is an American theoretical physicist known for his contributions in gravitational physics and astrophysics. A longtime friend and colleague of Stephen Hawking and Carl Sagan, he was the Richard P. Feynman Professor of Theoretical Physics at the California Institute of Technology until 2009 and is one of the world's leading experts on the astrophysical implications of Einstein's general theory of relativity. He continues to do scientific research and scientific consulting, most notably for the Christopher Nolan film Interstellar. Thorne was awarded the 2017 Nobel Prize in Physics along with Rainer Weiss and Barry C. Barish "for decisive contributions to the LIGO detector and the observation of gravitational waves".

Other Resources About Kip Thorne

What Schools Are Affiliated With Kip Thorne?

Kip Thorne is affiliated with the following schools:

What Are Kip Thorne's Academic Contributions?

Kip Thorne has made the following academic contributions: