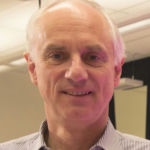 Why Is Klaus Lackner Influential?

Klaus Lackner is director of the Center for Negative Carbon Emissions and professor for the School of Sustainable Engineering and the Built Environment for Arizona State University. He earned his diploma and Ph.D. from Heidelberg University.

He is best known for his work on carbon capture. He was the first to suggest that climate change could be potentially impacted by efforts to remove carbon dioxide from the air. His work has yielded multiple methods for both active and passive methods of carbon capture. He worked for the Los Alamos National Laboratory for 16 years, working in their theoretical division. He also served as the director of the Lenfest Center for Sustainable Energy at the Earth Institute and taught for Columbia University’s Earth and Environmental Engineering program.

He is co-founder of Global Research Technologies, a privately held air capture company based in Tucson Arizona. He is a very highly cited expert in the field, with over 12,000 citations. His articles include “The urgency of the development of CO2 capture from ambient air”, published in 2012, and “The effect of moisture on the hydrolysis of basic salts”, published in 2016.

He worked with Christopher Wendt to develop a self-replicating machine made up of synchronized mobile robots able to pull chemical elements such as iron, magnesium, and carbon directly from the earth to self-replicate, an idea considered to be among the Top 7 innovative ideas in the world.

According to Wikipedia, Klaus S. Lackner is the director of the Center for Negative Carbon Emissions and a professor in School of Sustainable Engineering and the Built Environment at Arizona State University. He is scientific advisor to Carbon Collect Limited . He is a pioneer in carbon management and is the first to suggest capturing carbon dioxide from air in the context of addressing climate change.

Other Resources About Klaus Lackner

What Schools Are Affiliated With Klaus Lackner?

Klaus Lackner is affiliated with the following schools: