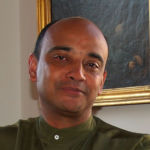 Why Is Kwame Anthony Appiah Influential?

Currently holding a professor appointment at the New York University Department of Philosophy and School of Law, Kwame Anthony Appiah is an influential cultural theorist and philosopher. Appiah completed both his undergraduate studies and PhD in philosophy at Clare College, Cambridge.

Appiah began teaching as a professor in 1981, and has worked at such universities as the University of Ghana, Harvard University, and Princeton University. His writing and philosophy covers topics including ethics, philosophy of language, politics and political systems, culture, and race. This multifaceted approach has resulted in Appiah wielding significant influence in a range of areas. Appiah’s work draws on cosmopolitan philosophy, favoring notions of global citizenship and universalism, and evaluating and building on these ideas in light of cultural differences and racial histories. Appiah argues that the development of culture is dependent on intellectual exchange, which can be hampered or even impeded by capitalism.

For his work, Appiah has received numerous awards and honors, including the Anisfield-Wolf Book Award, election as a Fellow of the Royal Society of Literature, and the Ralph J. Bunche Award from the American Political Science Association.

According to Wikipedia, Kwame Akroma-Ampim Kusi Anthony Appiah is a British-Ghanaian philosopher, cultural theorist, and novelist whose interests include political and moral theory, the philosophy of language and mind, and African intellectual history. Appiah was the Laurance S. Rockefeller University Professor of Philosophy at Princeton University, before moving to New York University in 2014. He holds an appointment at the NYU Department of Philosophy and NYU's School of Law.

Other Resources About Kwame Anthony Appiah

What Schools Are Affiliated With Kwame Anthony Appiah?

Kwame Anthony Appiah is affiliated with the following schools:

Kwame Anthony Appiah has made the following academic contributions: