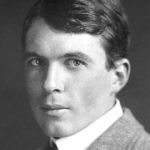 Why Is Lawrence Bragg Influential?

According to Wikipedia, Sir William Lawrence Bragg, was an Australian-born British physicist and X-ray crystallographer, discoverer of Bragg's law of X-ray diffraction, which is basic for the determination of crystal structure. He was joint recipient of the Nobel Prize in Physics in 1915, "For their services in the analysis of crystal structure by means of X-rays"; an important step in the development of X-ray crystallography.

Other Resources About Lawrence Bragg

What Schools Are Affiliated With Lawrence Bragg?

Lawrence Bragg is affiliated with the following schools: