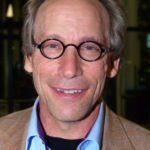 Why Is Lawrence Krauss Influential?

Lawrence Krauss was born in New York City in 1954. He received bachelor’s degrees in mathematics and physics from Carleton University and proceeded to earn a PhD from MIT having specialized in cosmology. Krauss is currently President of The Origins Project Foundation and is host of The Origins Podcast with Lawrence Krauss. He had professorships in physics in several institutions prior to this, including at Arizona State University, Yale University, and Case Western Reserve University. He founded the Origins Project at Arizona State University and served as its director. Due to allegations of misconduct, however, Krauss has since stepped down from his directorship for the project, though as noted he continues as president of the Foundation.

Krauss has been a lifelong advocate for a public understanding of science as well as a proponent of public policy based on scientific principles like respect for empirical research. In his role as a physicist, Krauss has explored questions in astronomy and cosmology, such as those of the theory of the Big Bang for the origins of the universe. He has been an outspoken critic of string theory, citing it as an example of abstract mathematics without clear empirical evidence for its support. He has authored a number of popular books on science, including his 2005 book Hiding in the Mirror as well as his 2012 book A Universe from Nothing (both books are critical of string theory).

Science writer Claudia Dreifus, writing in Scientific American, called Krauss “one of the few top physicists who is also known as a public intellectual.” In 2012, he was awarded the National Science Board’s Public Service Medal for his contributions to public education in science and engineering in the United States.

According to Wikipedia, Lawrence Maxwell Krauss is an American-Canadian theoretical physicist and cosmologist who previously taught at Arizona State University, Yale University, and Case Western Reserve University. He founded ASU's Origins Project, now called ASU Interplanetary Initiative, to investigate fundamental questions about the universe and served as the project's director.

Other Resources About Lawrence Krauss

What Schools Are Affiliated With Lawrence Krauss?

Lawrence Krauss is affiliated with the following schools:

What Are Lawrence Krauss's Academic Contributions?

Lawrence Krauss has made the following academic contributions: