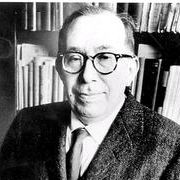 Leo Strauss was a German-American political philosopher and classicist who specialized in classical political philosophy. Born in Germany to Jewish parents, Strauss later emigrated from Germany to the United States. He spent much of his career as a professor of political science at the University of Chicago, where he taught several generations of students and published fifteen books.