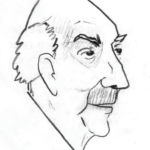 Why Is Lewis Mumford Influential?

According to Wikipedia, Lewis Mumford was an American historian, sociologist, philosopher of technology, and literary critic. Particularly noted for his study of cities and urban architecture, he had a broad career as a writer. Mumford made signal contributions to social philosophy, American literary and cultural history and the history of technology. He was influenced by the work of Scottish theorist Sir Patrick Geddes and worked closely with his associate the British sociologist Victor Branford. Mumford was also a contemporary and friend of Frank Lloyd Wright, Clarence Stein, Frederic Osborn, Edmund N. Bacon, and Vannevar Bush.

Other Resources About Lewis Mumford

What Schools Are Affiliated With Lewis Mumford?

Lewis Mumford is affiliated with the following schools:

What Are Lewis Mumford's Academic Contributions?

Lewis Mumford has made the following academic contributions: