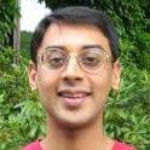 Why Is Manjul Bhargava Influential?

Bhargava is the R. Brandon Fradd Professor of Mathematics at Princeton University. He also holds a professorship at Leiden University in the Netherlands and multiple faculty positions at universities in his home country of India. Bhargava’s specialty in mathematics is number theory, the core and historically “famous” study of the integers. Bhargava was born in Canada and raised in Long Island. His mother Mira Bhargava is a mathematician at Hofstra University, who he calls his first math teacher. He received his bachelor’s degree in Mathematics from Harvard in 1996, and his Ph.D. from Princeton in 2001.

Bhargava’s Ph.D. was itself an important result in the world of mathematics, a generalization of the 19th century mathematician Gauss’s law of composition for binary quadratic forms. Among many other accomplishments in number theory as well as fields in arithmetic, algebra, and representation theory, Bhargava has discovered 14 new Gauss-style composition laws in number theory.

According to Wikipedia, Manjul Bhargava is a Canadian-American mathematician. He is the Brandon Fradd, Class of 1983, Professor of Mathematics at Princeton University, the Stieltjes Professor of Number Theory at Leiden University, and also holds Adjunct Professorships at the Tata Institute of Fundamental Research, the Indian Institute of Technology Bombay, and the University of Hyderabad. He is known primarily for his contributions to number theory.

Other Resources About Manjul Bhargava

What Schools Are Affiliated With Manjul Bhargava?

Manjul Bhargava is affiliated with the following schools: