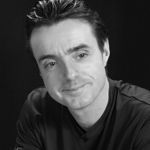 Why Is Mark Dery Influential?

According to Wikipedia, Mark Dery is an American author, lecturer and cultural critic. An early observer and critic of online culture, he helped to popularize the term 'culture jamming' and is generally credited with having coined the term 'Afrofuturism' in his essay "Black to the Future" in the anthology Flame Wars: The Discourse of Cyberculture. He writes about media and visual culture, especially fringe elements of culture for a wide variety of publications, from Rolling Stone to BoingBoing.

Other Resources About Mark Dery

What Schools Are Affiliated With Mark Dery?

Mark Dery is affiliated with the following schools: