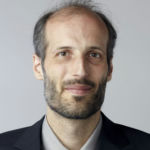 Why Is Martin Hairer Influential?

Sir Martin Hairer is currently a professor of mathematics and Chair in Probability and Stochastic Analysis at Imperial College London in the Faculty of Natural Sciences, Department of Mathematics. Previously, he held roles at the University of Warwick, and the Courant Institute of New York University. An Austrian Citizen born in Geneva, Switzerland, Hairer completed his BS in mathematics at the University of Geneva in 1994. He stayed there for his MS and PhD in physics, completed in 2001.

Hairer is known as the leading name in stochastic partial differential equations, with significant implications for areas including quantum field theory and spatial modeling. In his research, Hairer has produced groundbreaking results in the construction of stochastic systems, stochastic analysis techniques, and his theory of regularity structures, fueling further research and advancement.

For his work, Hairer has received awards and honors including the 2014 Fields Medal, the Whitehead Prize, an Advanced Research Fellowship with the Engineering and Physical Sciences Research Council, Fellowship with the Royal Society, and holds the honorary title of Knight Commander of the Order of the British Empire.

According to Wikipedia, Sir Martin Hairer is an Austrian-British mathematician working in the field of stochastic analysis, in particular stochastic partial differential equations. He is Professor of Mathematics at Imperial College London, having previously held appointments at the University of Warwick and the Courant Institute of New York University. In 2014 he was awarded the Fields Medal, one of the highest honours a mathematician can achieve. In 2020 he won the 2021 Breakthrough Prize in Mathematics.

Other Resources About Martin Hairer

What Schools Are Affiliated With Martin Hairer?

Martin Hairer is affiliated with the following schools: