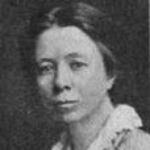 Why Is Mary Gray Peck Influential?

According to Wikipedia, Mary Gray Peck was an American journalist, educator, suffragist, and clubwoman. She was interested in economic and industrial problems of women, and investigated labor conditions in Europe and the United States. Born in New York, she studied at Elmira College, University of Minnesota, and University of Cambridge before becoming an Assistant Professor of English at the University of Minnesota. Later, she became associated with the General Federation of Women's Clubs, College Equal Suffrage League, National American Woman Suffrage Association, Women's Trade Union League, Woman Suffrage Party, and the Modern Language Association. Peck was a delegate at the Sixth Conference of the International Woman Suffrage Alliance in Stockholm, 1911.

Other Resources About Mary Gray Peck

What Schools Are Affiliated With Mary Gray Peck?

Mary Gray Peck is affiliated with the following schools: