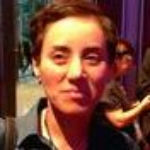 Why Is Maryam Mirzakhani Influential?

Maryam Mirzakhani was born in Tehran, Iran. She received the 2014 Fields Medal (often referred to as the “Nobel Prize for Mathematics”). Mirzakhani is the first and, to-date, only female recipient of this prestigious award since its inception in 1936. At the time of her death, she was Professor of Mathematics at Stanford University.

Mirzakhani attended Farzanegan School in Tehran, a private girls’ school for the academically gifted. In 1994, she won a gold medal at the International Mathematical Olympiad, which was held in Hong Kong that year. The following year, in Toronto, she took home two gold medals.

In 1998, while studying as an undergraduate at Sharif University of Technology in Tehran–considered then as now Iran’s premier university of science and technology–Mirzakhani was involved in a tragic accident. A bus carrying Sharif University math students fell off a cliff, and she was one of only a handful of survivors.

In 1999, Mirzakhani received her bachelor’s degree in mathematics from Sharif University. She traveled to the US for her graduate training, receiving her PhD in 2004 from Harvard University, where she worked under the supervision of Curtis T. McMullen. After taking her doctorate, Mirzakhani was a Research Fellow with the Clay Mathematics Institute in Peterborough, New Hampshire, and then a professor at Princeton University.

In 2009, Mirzakhani took the position at Stanford which she held until her untimely death at the age of 40 from breast cancer. In her short life, Mirzakhani published some 25 peer-reviewed journal articles, and co-authored a book in Farsi whose title translates as Elementary Number Theory: Challenging Problems.

Mirzakhani’s work on the dynamics and geometry of Riemann surfaces and their moduli spaces is usually considered her greatest contribution to mathematics.

In 2016, Mirzakhani was elected a member of the National Academy of Sciences, USA.

According to Wikipedia, Maryam Mirzakhani was an Iranian mathematician and a professor of mathematics at Stanford University. Her research topics included Teichmüller theory, hyperbolic geometry, ergodic theory, and symplectic geometry. In 2005, as a result of her research, she was honored in Popular Science's fourth annual "Brilliant 10" in which she was acknowledged as one of the top 10 young minds who have pushed their fields in innovative directions.

Other Resources About Maryam Mirzakhani

What Schools Are Affiliated With Maryam Mirzakhani?

Maryam Mirzakhani is affiliated with the following schools: