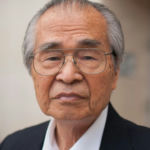 Why Is Masatoshi Nei Influential?

Areas of Specialization: Evolutionary Biology
Masatoshi Nei is a Carnell Professor with the department of biology at Temple University. An evolutionary biologist, he studied at both Kyoto University and the University of Miyazaki.

He has been prolific in the development of the statistical theory of molecular evolution, developing new theories as new discoveries in molecular biology emerge. He has worked at institutions such as Brown University, National Institute of Radiological Sciences and Kyoto University, advancing his understanding of how mutations can drive evolution.

He is famous for mathematically demonstrating how natural selection enhances linkage intensity and his measure of genetic distance (Nei’s distance). He has written numerous books about his research, including Molecular Population Genetics and Evolution, Molecular Evolutionary Genetics, and Mutation-Driven Evolution. Nei holds the view that mutation is the driving force for evolution and that multi-gene families evolve through a model that looks like a birth-death process. With his group of researchers, he invented a method for identifying positive selection by statistical analysis of synonymous and nonsynonymous nucleotide substitutions.

He has been awarded the International Prize for Biology by the Japan Society for the Promotion of Science, the Thomas Hunt Morgan Medal and the Kyoto Prize in Basic Sciences. Nei has been a member of the National Academy of Sciences since 1997.

According to Wikipedia, Masatoshi Nei is a Japanese-born American evolutionary biologist currently affiliated with the Department of Biology at Temple University as a Carnell Professor. He was, until recently, Evan Pugh Professor of Biology at Pennsylvania State University and Director of the Institute of Molecular Evolutionary Genetics; he was there from 1990 to 2015.

Other Resources About Masatoshi Nei

What Schools Are Affiliated With Masatoshi Nei?

Masatoshi Nei is affiliated with the following schools: