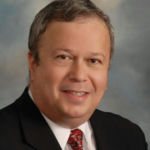 Why Is Moshe Kam Influential?

His research work has focused on decision fusion and distributed detection, identifying computationally feasible fusion rules for multi-sensor systems. He is interested in robot navigation, data mining, detection and estimation. He served as the 49th President and CEO of the Institute for Electrical and Electronics Engineers in 2011, marking the height of his long-time service to the organization.

He has authored more than 150 scientific papers, the most heavily cited of which include “Decision Fusion and Supervisor Synthesis in Decentralized Discrete-Event Systems”, and “Neural Network Architectures for Control”. As a commentator on the state of play within the field of engineering, he has also penned essays such as “Why Won’t Jane go to Engineering School” and “What Should Be the First Professional Degree in Engineering”. He was instrumental in the creation of a 9500 sq. ft. Makerspace in New Jersey which offers access to cutting edge equipment for builders and creators.

According to Wikipedia, Moshe Kam is an American engineering educator presently serving as the dean of the Newark College of Engineering at the New Jersey Institute of Technology. Until August 2014 he served as the Robert G. Quinn Professor and department head of electrical and computer engineering at Drexel University. In 2011, he served concurrently as the 49th president and CEO of IEEE. Earlier he was IEEE's vice president for educational activities and IEEE's representative director to the accreditation body ABET. Kam is known for his studies of decision fusion and distributed detection, which focus on computationally feasible fusion rules for multi-sensor systems.

Other Resources About Moshe Kam

What Schools Are Affiliated With Moshe Kam?

Moshe Kam is affiliated with the following schools: