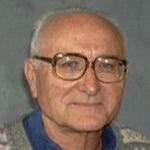 Why Is Moshe Levy Influential?

According to Wikipedia, Moshe Levy was an Israeli professor of Chemistry at the Weizmann Institute of Science in Rehovot, Israel. Birth and education Moshe Levy was born on December 8, 1927 in Thessaloniki, Greece. In 1933 his father, Eliyahu, decided to immigrate to Palestine, then under British occupation. He grew up in the southern part of Tel-Aviv and attended the Alliance Elementary School and the Balfour High School. After graduating from high school, he went to work as a laboratory assistant at the Zeiff Institute in Rehovot. There, with the help of Chaim Weizmann he obtained a scholarship to attend the Hebrew University of Jerusalem. Shortly after enrolling at the Hebrew University, he was called, as a member of the Haganah, to fight in the 1947–1949 Palestine war in Jerusalem, and only returned to the university in September 1949. He received a master's degree in Physical Chemistry in 1952. He finished his Ph.D. in 1955 after two years at the College of Forestry, State University of New York, Syracuse, SUNY-ESF, under the supervision of Michael Szwarc. He has been married to Joan Dvora Sugerman since 1955, and has two children, Sharona T. Levy and Alon Yitzchak Halevy, and has four grandchildren, Danielle and Itamar Menuhin, and Karina and Kasper Halevy. He lived in Rehovot, Israel.

Other Resources About Moshe Levy

What Schools Are Affiliated With Moshe Levy ?

Moshe Levy is affiliated with the following schools: