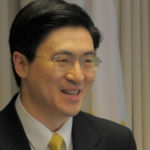 Why Is Mung Chiang Influential?

He is well-known for his work on the Optimization of Networks, Smart Data Pricing and Network Utility Maximization. He holds at least 20 patents, and has invented technologies focused on e-learning, smart data pricing and the use of data for personalized learning.

He became Science and Technology Adviser at the U.S. State Department in 2019, becoming the first engineer to become the agency’s chief scientist and technologist. He has also grown the Purdue University Engineering program to become the largest program in the U.S.

He is co-founder of Smartiply, Zoomi, and DataMi, and is a founding board member of Open Fog Consortium, which has since merged with the Industrial Internet Consortium. In 2013, the National Science Foundation and the National Science Board awarded him the Alan T. Waterman Award, making him the first network engineer to receive the award.

According to Wikipedia, Mung Chiang is an American engineering researcher/educator, technology entrepreneur, university leader, and foreign policy official. He is both Executive Vice President of Purdue University and the John A. Edwardson Dean of its College of Engineering. Previously he was the Arthur LeGrand Doty Professor of Electrical Engineering at Princeton University, and an affiliated faculty in applied and computational mathematics and in computer science.

Other Resources About Mung Chiang

What Schools Are Affiliated With Mung Chiang?

Mung Chiang is affiliated with the following schools: