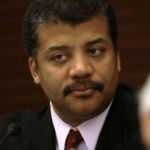 Why Is Neil deGrasse Tyson Influential?

Neil deGrasse Tyson was born in New York City in 1958. He attended Harvard University where he earned a BA degree in physics and then received a Master’s degree in astronomy from University of Texas at Austin. In 1988, he enrolled at Columbia where he completed MPhil and PhD degrees in astrophysics. Best known as a public spokesperson for science, Tyson is currently the Frederick P. Rose Director of the Hayden Planetarium at the Rose Center for Earth and Space in New York City. He has been a researcher at Princeton University and after joining the Hayden Planetarium he became its director and oversaw the massive reconstruction project of the Planetarium completed in 2000.

Tyson earned his Bachelor of Arts in Physics at Harvard University and his MA in Astronomy from The University of Texas at Austin. Tyson received a Ph.D. in Astrophysics from Columbia University, where with his advisor R. Michael Rich he obtained funding from NASA and the ARCS Foundation to attend international conferences and make use of expensive equipment such as observatories, where in Chile he obtained important images of a supernova which advanced research in Chile and around the world.

Tyson’s work has focused on core issues in cosmology as well as a constellation of related fields such as stellar evolution, galactic astronomy, bulges, and stellar formation. (the formation and evolution of stars, galaxies, and other phenomena such as bulges). Tyson is also well-known for his energetic and popular explanations and defenses of astronomy and science in particular, and has made many appearances in media over the years. In 1995 he started writing the “Universe” column for Natural History magazine. In 2001, U.S. President George W. Bush appointed Tyson to serve on the Commission on the Future of the United States Aerospace Industry. And in 2004 Tyson hosted the four-part Origins miniseries of the PBS Nova series. He has written many books on astronomy and physics, including Death by Black Hole: And Other Cosmic Quandaries, published in 2007. Tyson was voted in 2007 into the Time 100, where the editors of Time magazine chose the100 most influential persons in the world. He was elected a fellow of the American Physical Society in 2010.

According to Wikipedia, Neil deGrasse Tyson is an American astrophysicist, author, and science communicator. Tyson studied at Harvard University, the University of Texas at Austin, and Columbia University. From 1991 to 1994, he was a postdoctoral research associate at Princeton University. In 1994, he joined the Hayden Planetarium as a staff scientist and the Princeton faculty as a visiting research scientist and lecturer. In 1996, he became director of the planetarium and oversaw its $210 million reconstruction project, which was completed in 2000. Since 1996, he has been the director of the Hayden Planetarium at the Rose Center for Earth and Space in New York City. The center is part of the American Museum of Natural History, where Tyson founded the Department of Astrophysics in 1997 and has been a research associate in the department since 2003.

Other Resources About Neil deGrasse Tyson

What Schools Are Affiliated With Neil deGrasse Tyson?

Neil deGrasse Tyson is affiliated with the following schools:

Neil deGrasse Tyson has made the following academic contributions: