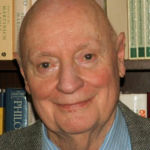 Why Is Nicholas Rescher Influential?

German-born Nicholas Rescher is a professor of philosophy at the University of Pittsburgh, as well as the Chairman for the Center of Philosophy of Science. Rescher came to the United States as a child, where he would go on to earn a degree from Queens College (in mathematics) before earning a PhD in philosophy in 1951 at Princeton University, at only 22 years of age. Rescher taught at Princeton until 1961, when he changed to the University of Pittsburgh.

Rescher’s influence can be appreciated merely by the volume of his bibliography; he claims authorial credit on over 100 books and 400 articles. To say the least, he is prolific. Rescher’s work draws on metaphysics and epistemology, and is associated with methodological pragmatism. To sum up loads upon loads of academic writing, Rescher basically argues for a practical and methodological approach (drawing on scientific inquiry) toward understanding and advancing the limits of our language. In the spirit of this approach, two major prizes have been named after Rescher. The University of Pittsburgh created the Dr. Nicholas Rescher Fund for the Advancement of the Department of Philosophy which awards the Nicholas Rescher Prize for Contributions to Systematic Philosophy (now known as the Rescher Medal); the American Philosophical Association in 2018 created the Rescher Prize for Systematic Philosophy.

For his work, Rescher has received numerous honors and awards, including the Humboldt Prize for Humanistic Scholarship, the Cardinal Mercier Prize, the Founders’s medal of the American Metaphysical Society, and fellowships from the Ford Foundation, Guggenheim Foundation, and National Science Foundation.

According to Wikipedia, Nicholas Rescher is a German-American philosopher, polymath, and author, who has been a professor of philosophy at the University of Pittsburgh since 1961. He is chairman of the Center for Philosophy of Science and was formerly chairman of the philosophy department.

Other Resources About Nicholas Rescher

What Schools Are Affiliated With Nicholas Rescher?

Nicholas Rescher is affiliated with the following schools: