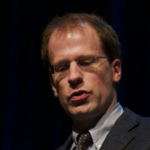 Why Is Nick Bostrom Influential?

Areas of Specialization: Superintelligence, Human Enhancement Ethics
Nick Bostrom is the founding director of the Future of Humanity Institute at University of Oxford, the Oxford Martin Programme on the Impacts of Future Technology, and a philosopher at Oxford. He has earned a B.A. from the University of Gothenburg, an M.A. from Stockholm University, an M.Sc. from King’s College of London, and a Ph.D. from the London School of Economics.

Bostrom is best known for his work on superintelligence, human enhancement ethics, the anthropic principle and existential risk. He has also written two major books: Anthropic Bias: Observation Selection Effects in Science and Philosophy and Superintelligence: Paths, Dangers, Strategies. Superintelligence was particularly well-received, honored as a New York Times bestseller list and promoted by top minds such as Bill Gates and Elon Musk.

Ranked as among the top thinkers in the world, Bostrom has warned of the dangers of superintelligence, which he feels could become an extreme threat within a remarkably short time after development. In his view, a superintelligence could use agent-like behavior to infiltrate existing systems and do so without arousing suspicions.

Bostrom and other major thinkers in the field contributed to a letter with 23 principles of AI safety. These guidelines continue to provide guardrails for the development of artificial intelligence.

According to Wikipedia, Nick Bostrom is a Swedish-born philosopher at the University of Oxford known for his work on existential risk, the anthropic principle, human enhancement ethics, superintelligence risks, and the reversal test. In 2011, he founded the Oxford Martin Program on the Impacts of Future Technology, and is the founding director of the Future of Humanity Institute at Oxford University. In 2009 and 2015, he was included in Foreign Policys Top 100 Global Thinkers list.

Other Resources About Nick Bostrom

What Schools Are Affiliated With Nick Bostrom?

Nick Bostrom is affiliated with the following schools:

What Are Nick Bostrom's Academic Contributions?

Nick Bostrom has made the following academic contributions: