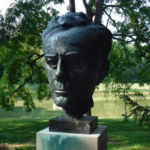 Why Is Paul Tillich Influential?

According to Wikipedia, Paul Johannes Tillich was a German-American Christian existentialist philosopher and Lutheran Protestant theologian who is widely regarded as one of the most influential theologians of the twentieth century. Tillich taught at a number of universities in Germany before immigrating to the United States in 1933, where he taught at Union Theological Seminary, Harvard Divinity School, and the University of Chicago.

Other Resources About Paul Tillich

What Schools Are Affiliated With Paul Tillich?

Paul Tillich is affiliated with the following schools:

What Are Paul Tillich's Academic Contributions?

Paul Tillich has made the following academic contributions: