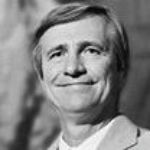 Why Is Peter Kreeft Influential?

According to Wikipedia, Peter John Kreeft is a professor of philosophy at Boston College and The King's College. A convert to Roman Catholicism, he is the author of over eighty books on Christian philosophy, theology and apologetics. He also formulated, together with Ronald K. Tacelli, Twenty Arguments for the Existence of God in their Handbook of Christian Apologetics.

Other Resources About Peter Kreeft

What Schools Are Affiliated With Peter Kreeft?

Peter Kreeft is affiliated with the following schools:

What Are Peter Kreeft's Academic Contributions?

Peter Kreeft has made the following academic contributions: