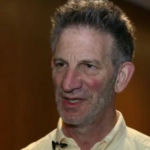 Why Is Peter Sarnak Influential?

Sarnak is a permanent faculty member in Mathematics at the Institute for Advanced Study (IAS). The IAS is located on 1 Einstein Drive in Princeton, New Jersey, an address inspired by Albert Einstein’s famous tenure there in the early and mid-20th century. Some of the greatest mathematical minds in modern times have called the IAS home, like John Von Neumann of early computing fame. Sarnak is thus in good company, past and present. Sarnak is also the Eugene Higgins Professor of Mathematics at Princeton University.

Sarnak received two bachelor’s degrees in mathematics from the University of the Witwatersrand in South Africa in 1975 and 1976 and his Ph.D. in Mathematics from Stanford University in 1980. He works on problems in analytic number theory, and his contributions have had important applications to other scientific areas like physics and computer science. Sarnak also invented a field known as “arithmetical quantum chaos,” and performed work leading to a solution to a famous unsolved problem in mathematics known as Hilbert’s Eleventh Problem after mathematician David Hilbert, a 19th century mathematician who issues a challenge to mathematicians at the turn of the 19th century as a list of twelve unsolved problems.

Sarnak has won numerous awards during his outstanding career in number theory, including the George Polya Prize in 1998, and most recently a Sylvester Medal in 2019.

According to Wikipedia, Peter Clive Sarnak is a South African-born mathematician with dual South-African and American nationalities. Sarnak has been a member of the permanent faculty of the School of Mathematics at the Institute for Advanced Study since 2007. He is also Eugene Higgins Professor of Mathematics at Princeton University since 2002, succeeding Andrew Wiles, and is an editor of the Annals of Mathematics. He is known for his work in analytic number theory. He also sits on the Board of Adjudicators and the selection committee for the Mathematics award, given under the auspices of the Shaw Prize.

Other Resources About Peter Sarnak

What Schools Are Affiliated With Peter Sarnak?

Peter Sarnak is affiliated with the following schools: