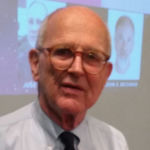 Why Is Rainer Weiss Influential?

Rainer Weiss currently holds the title of Emeritus Professor of Physics at MIT and also works as an adjunct professor at LSU. He previously also held positions at Tufts University and Princeton University. He was also chair of the Cosmic Background Explorer (COBE) Science Working Group. Weiss completed his bachelor of science degree in 1955 at MIT (after having dropped out briefly), and his PhD in 1962. Native to Berlin, Germany, Weiss’ family emigrated to Prague and then to the U.S. fleeing persecution from the Nazis.

Weiss is known as a leading name in gravitational physics and astrophysics. In particular, Weiss is recognized for his work on LIGO, the Laser Interferometer Gravitational-Wave Observatory experiment. Weiss pioneered the measurement of cosmic microwave background radiation, which have been used to make inferences about the Big Bang and the origins of the universe. Toward this, Weiss led the way in utilizing lasers for measuring gravitational waves.

Weiss won the Nobel Prize in Physics in 2017 alongside Kip Thorne and Barry Barish for his work at LIGO on gravitational waves. Additionally, he has received awards and honors including the Gruber Prize in Cosmology, the Einstein Prize, the Shaw Prize, and fellowship with the Norwegian Academy of Science and Letters.

According to Wikipedia, Rainer "Rai" Weiss is an American physicist, known for his contributions in gravitational physics and astrophysics. He is a professor of physics emeritus at MIT and an adjunct professor at LSU. He is best known for inventing the laser interferometric technique which is the basic operation of LIGO. He was Chair of the COBE Science Working Group.

Other Resources About Rainer Weiss

What Schools Are Affiliated With Rainer Weiss?

Rainer Weiss is affiliated with the following schools: