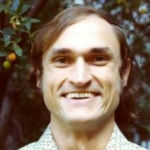 Why Is Richard Schoen Influential?

According to Wikipedia, Richard Melvin Schoen is an American mathematician known for his work in differential geometry.Born in Celina, Ohio, and a 1968 graduate of Fort Recovery High School, he received his B.S. from the University of Dayton in mathematics. He then received his PhD in 1977 from Stanford University and is currently an Excellence in Teaching Chair at the University of California, Irvine. His surname is pronounced "Shane," perhaps as a reflection of the regional dialect spoken by some of his German ancestors.

Other Resources About Richard Schoen

What Schools Are Affiliated With Richard Schoen?

Richard Schoen is affiliated with the following schools: