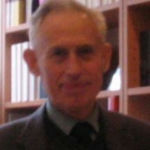 Why Is Richard Swinburne Influential?

Richard Swinburne was born in 1934 in Smethwick, Staffordshire, England. He graduated in 1957 with a bachelor’s degree in philosophy, politics, and economics from Exeter College, the fourth oldest college at the University of Oxford. He pursued a graduate degree in philosophy (1957-59) from the university and then entered St. Stephen’s House, where he earned the Oxford Diploma in Theology (1959-60). From 1985 until his retirement in 2002, Swinburne held the position of Nolloth Professor of the Philosophy of the Christian Religion at Oxford.

Since his retirement, Swinburne has continued to publish regularly and serve as a visiting professor and lecturer throughout the United States, Canada, and the United Kingdom. In his work, he has explored the central problems of philosophy, with specific focus on the justification for the belief in God and the doctrines of the Christian religion. He is most well-known for his trilogy of books on theism: The Coherence of Theism, The Existence of God, and Faith and Reason. He is also noted for his defense of substance dualism, which is the idea that humans consist of two parts: body and soul.

In 1993, Swinburne was elected a Fellow of the British Academy. He has also been awarded honorary doctorates by the Catholic University of Lublin in Poland, Dimitrie Cantemir Christian University in Bucharest, and the International Academy of Philosophy in Liechtenstein.

Other Resources About Richard Swinburne

What Schools Are Affiliated With Richard Swinburne?

Richard Swinburne is affiliated with the following schools:

What Are Richard Swinburne's Academic Contributions?

Richard Swinburne has made the following academic contributions: