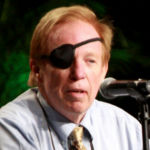 Why Is Richard W. Rahn Influential?

According to Wikipedia, Richard W. Rahn is an American economist, syndicated columnist, and entrepreneur. He is chairman of Improbable Success Productions and the Institute for Global Economic Growth. Rahn writes a syndicated weekly economic column which is published in The Washington Times, Real Clear Markets and elsewhere. He was the vice president and chief economist of the United States Chamber of Commerce during the Reagan administration and remains a staunch advocate of supply-side economics, small government, and classical liberalism.

Other Resources About Richard W. Rahn

What Schools Are Affiliated With Richard W. Rahn?

Richard W. Rahn is affiliated with the following schools: