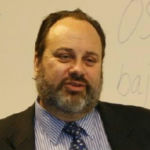 Why Is Robert G. Picard Influential?

According to Wikipedia, Robert Georges Picard is an American writer and scholar. One of the leading academic experts on media businesses and media policy economics, he is considered the father of the media economics studies . He has taught at both Harvard University and University of Oxford. He is the author and editor of more than 32 books including Media and Communications Policy Making: Processes, Dynamics and International Variations, Handbook of the Economics of the Media, The Economics and Financing of Media Companies, Media Product Portfolios, Media Economics: Concepts and Issues, and Joint Operating Agreements: The Newspaper Preservation Act and Its Application.

Other Resources About Robert G. Picard

What Schools Are Affiliated With Robert G. Picard?

Robert G. Picard is affiliated with the following schools: