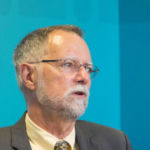 Why Is Robert H. Frank Influential?

According to Wikipedia, Robert Harris Frank is the Henrietta Johnson Louis Professor of Management and a professor of economics at the Samuel Curtis Johnson Graduate School of Management at Cornell University. He contributes to the "Economic View" column, which appears every fifth Sunday in The New York Times. Frank has published on the topic of wealth inequality in the United States.

Other Resources About Robert H. Frank

What Schools Are Affiliated With Robert H. Frank?

Robert H. Frank is affiliated with the following schools: