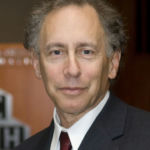 He runs the largest biomedical laboratory in the world at MIT and is the most cited engineer in history at an extraordinary 305,000 citations for 1,500 papers. His books include The Struggles and Dreams of Robert Langer (Shuguang Zhang, Ed.), which delves into his life and discoveries. He has made substantial contributions to biotechnology, pioneering many new controlled release and transdermal drug delivery systems. Regarded as the founder of tissue engineering, he has assisted with the creation of engineered blood vessels and tissues using synthetic, biocompatible polymers. He holds, or is awaiting approval for, more than 1,300 patents.

What Schools Are Affiliated With Robert Samuel Langer, Jr.?

Robert Samuel Langer, Jr. is affiliated with the following schools: