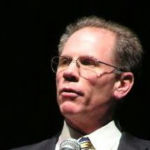 Why Is Robert W. McChesney Influential?

According to Wikipedia, Robert Waterman McChesney is an American professor notable in the history and political economy of communications, and the role media play in democratic and capitalist societies. He is the Gutgsell Endowed Professor in the Department of Communication at the University of Illinois at Urbana–Champaign. He co-founded the Free Press, a national media reform organization. In 2002–12, he hosted Media Matters, a weekly radio program every Sunday afternoon on WILL , Illinois Public Media radio.

Other Resources About Robert W. McChesney

What Schools Are Affiliated With Robert W. McChesney?

Robert W. McChesney is affiliated with the following schools: