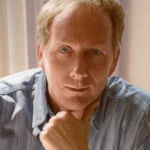 Why Is Ronald Graham Influential?

Graham is Irwin and Joan Jacobs Professor in Computer Science and Engineering at the University of California, San Diego (UCSD). He also holds the title of Chief Scientist at the California Institute for Telecommunications and Information Technology. He received his Ph.D. in Mathematics from the University of California, Berkeley in 1962, and went into research in industry, working at Bell Labs and then AT&T Labs.

Graham is known for using the largest number in a real mathematical proof, which earned him a spot in the Guinness Book of World Records. The so-called Graham number, used as an upper bound in a proof in an area of mathematics known as Ramsey theory, has since been surpassed, but the Graham number is now part of the lore of mathematics. Graham also helped popularize the “Erdos number,” which is the minimum number of co-authored publications connecting directly to one with Erdos as an author. Although not a developed science, the Erdos number does seem to be an informal measurement of someone’s bona fides in mathematical and scientific publications. Graham participates in other “fun” activities outside of his serious work in mathematics—he is a trampolinist and juggler, for instance!

Graham has won many awards during his long career at AT&T Labs, including the American Mathematical Society’s Steele Prize for a lifetime of accomplishment. He is also Fellow of the ACM, and won the Polya Prize, as well as the Euler Prize, both awarded for top mathematical work.

Other Resources About Ronald Graham

What Schools Are Affiliated With Ronald Graham?

Ronald Graham is affiliated with the following schools: