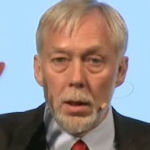 Why Is Roy Baumeister Influential?

Baumeister primarily works in social psychology, focusing on issues of the self, self-conception, and how the self relates to others. This focus extends to topics including relationships and belonging, irrational behavior, self-destructive behavior, sexuality, self control, and free will. In particular, Baumeister’s most influential work argues that humans have an innate need for belonging and attachment, that we are constantly seeking to satisfy this need, and being dissatisfied in it has significant negative effects in other aspects of our lives.

Popular published works by Baumeister include, Evil: Inside Human Violence and Cruelty, Willpower: Rediscovering the Greatest Human Strength, and more recently, The Power of Bad.

For his work, Baumeister has received awards and honors, such as the James McKeen Cattell Fund Sabbatical Fellowship Award, the William James Fellow Award, and the Jack Block Award.

According to Wikipedia, Roy F. Baumeister is an American social psychologist who is known for his work on the self, social rejection, belongingness, sexuality and sex differences, self-control, self-esteem, self-defeating behaviors, motivation, aggression, consciousness, and free will.

Other Resources About Roy Baumeister

What Schools Are Affiliated With Roy Baumeister?

Roy Baumeister is affiliated with the following schools: