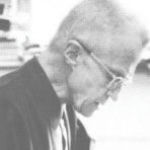 Why Is Rush Rhees Influential?

According to Wikipedia, Rush Rhees was an American philosopher. He is principally known as a student, friend, and literary executor of the philosopher Ludwig Wittgenstein. With G. E. M. Anscombe he was co-editor of Wittgenstein's posthumous Philosophical Investigations , and, with Anscombe and G. H. von Wright, he co-edited Wittgenstein's Remarks on the Foundations of Mathematics . He was solely responsible for the editing of Philosophical Grammar and Philosophical Remarks . Rhees taught philosophy at Swansea University from 1940 until 1966, when he took early retirement to devote more time to editing Wittgenstein's works.

Other Resources About Rush Rhees

What Schools Are Affiliated With Rush Rhees?

Rush Rhees is affiliated with the following schools: