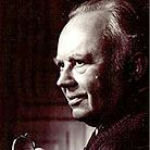 Why Is Russell Kirk Influential?

According to Wikipedia, Russell Amos Kirk was an American political theorist, moralist, historian, social critic, and literary critic, known for his influence on 20th-century American conservatism. His 1953 book The Conservative Mind gave shape to the postwar conservative movement in the U.S. It traced the development of conservative thought in the Anglo-American tradition, giving special importance to the ideas of Edmund Burke. Kirk was considered the chief proponent of traditionalist conservatism. He was also an accomplished author of Gothic and ghost story fiction.

Other Resources About Russell Kirk

What Schools Are Affiliated With Russell Kirk?

Russell Kirk is affiliated with the following schools:

What Are Russell Kirk's Academic Contributions?

Russell Kirk has made the following academic contributions: