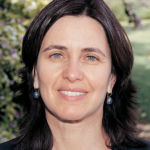 Why Is Shafi Goldwasser Influential?

Areas of Specialization: Computational Complexity Theory, Cryptography, Number Theory
Shafrira “Shafi” Goldwasser is the RSA Professor of Computer Science at Massachusetts Institute of Technology, as well as Professor of Mathematical Sciences at Weizmann Institute of Science in Israel. She received a bachelor’s degree in computer science and mathematics from Carnegie Mellon University, and a master’s and Ph.D. from the University of California, Berkeley.

Goldwasser’s impressive career spans many areas in computer science, including computational complexity theory, cryptography, and number theory. She has been in high demand during her impressive career in computer science, serving as chief scientist and co-founder of thr Israeli company Duality Technologies using cryptographic methods for data security, and has served as an advisor to a number of successful ventures, including companies focusing on blockchain technology, which has become hugely popular in recent years. Goldwasser is also a member of the Theory of Computation group at the world-renowned Artificial Intelligence Laboratory at MIT. Her primary focus is on fundamental aspects of computer security, like cryptography, a topic that is of both theoretical interest in computer science and mathematics and has obvious practical applications to many industries like finance, banking, and data protection.

Goldwasser received the highest honor in computer science, the Turing Award in 2012, along with Silvio Micali for their work on cryptography. She was elected to the American Academy of Arts and Sciences in 2001, and has received many other awards and distinctions in her career as a computer scientist.

According to Wikipedia, Shafrira Goldwasser is an Israeli-American computer scientist and winner of the Turing Award in 2012. She is the RSA Professor of Electrical Engineering and Computer Science at MIT, a professor of mathematical sciences at the Weizmann Institute of Science, Israel, co-founder and chief scientist of Duality Technologies and the director of the Simons Institute for the Theory of Computing in Berkeley, CA.

Other Resources About Shafi Goldwasser

What Schools Are Affiliated With Shafi Goldwasser?

Shafi Goldwasser is affiliated with the following schools: