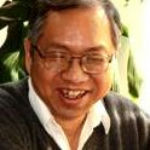 Why Is Shing-Tung Yau Influential?

Chinese-born Shing-Tung Yau currently holds the title of William Caspar Graustein Professor of Mathematics at Harvard University, where he has worked since 1987. He is also the director of three mathematical institutes in China, including the Yau Mathematical Sciences Center at Tsinghua University. Yau completed his undergraduate education in mathematics at Chinese University of Hong Kong in 1969, then his PhD at the University of California, Berkeley in 1971.

Yau is considered most influential for his work in differential geometry and geometric analysis. Early in his career, Yau proved the Positive Mass Conjecture in the Calabi Conjecture, which has been influential in both mathematics and theoretical physics. Moreover, Yau lends his name (and knowledge) to several discoveries and conjectures, including the Bogomolov–Miyaoka–Yau inequality, the Omori-Yau maximum principle, and the Donaldson-Uhlenbeck-Yau theorem. Beyond his research, Yau is influential as an advocate of mathematics and science education in mainland China and Taiwan, founding the three aforementioned institutes, sitting as chair of the National Center of Theoretical Sciences (in China), and setting up the Hang Lung Award for high school students, along with annual conferences.

For his work, Yau has received numerous awards and honors, including a Fields Medal, a Guggenheim Fellowship, a MacArthur Fellowship, a Crafoord Prize, a United States National Medal of Science, a Wolf Prize in Mathematics, a Marcel Grossmann Award, and membership with the U.S. National Academy of Science and the American Academy of Arts and Sciences.

According to Wikipedia, Shing-Tung Yau is an American mathematician and the William Caspar Graustein Professor of Mathematics at Harvard University.Yau was born in Shantou, China, moved to Hong Kong at a young age, and to the United States in 1969. He was awarded the Fields Medal in 1982, in recognition of his contributions to partial differential equations, the Calabi conjecture, the positive energy theorem, and the Monge–Ampère equation. Yau is considered one of the major contributors to the development of modern differential geometry and geometric analysis. The impact of Yau's work can be seen in the mathematical and physical fields of differential geometry, partial differential equations, convex geometry, algebraic geometry, enumerative geometry, mirror symmetry, general relativity, and string theory, while his work has also touched upon applied mathematics, engineering, and numerical analysis.

Other Resources About Shing-Tung Yau

What Schools Are Affiliated With Shing-Tung Yau?

Shing-Tung Yau is affiliated with the following schools: