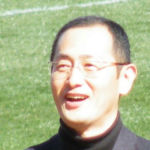 Why Is Shinya Yamanaka Influential?

Shinya Yamanaka is the director of Center for iPS Cell Research and Application (iPS – induced Pluripotent Stem Cell), senior investigator for the J. David Gladstone Institutes, a professor for Kyoto University’s Institute for Frontier Medical Services, and a professor of anatomy for the University of California at San Francisco. He studied at Osaka Kyoiku University before earning his M.D. at Kobe University and his Ph.D. from Osaka City University Graduate School. He completed a residency in orthopedic surgery at National Osaka Hospital and a postdoctoral fellowship for the J. David Gladstone Institutes of Cardiovascular Disease.

When it appeared that being a surgeon wasn’t really his strength, he went into research at Nara Institute of Science and Technology. So began his career as a professor and researcher that earned him a Nobel Prize in 2012.

In 2012, Yamanaka and his colleague, Sir John B. Gurdon, were recognized with the Nobel Prize in Physiology or Medicine for their work with stem cells that found that mature cells could become pluripotent, if reprogrammed correctly.

His work has also been recognized with a Kyoto Prize, Balzan Prize for Stem Cells, Wolf Prize in Medicine, Millennium Technology Prize, and a Breakthrough Prize in Life Sciences.

According to Wikipedia, is a Japanese stem cell researcher, winner of the Nobel Prize. He serves as the director of Center for iPS Cell Research and Application and a professor at the Institute for Frontier Medical Sciences at Kyoto University; as a senior investigator at the UCSF-affiliated Gladstone Institutes in San Francisco, California; and as a professor of anatomy at University of California, San Francisco . Yamanaka is also a past president of the International Society for Stem Cell Research .

Other Resources About Shinya Yamanaka

What Schools Are Affiliated With Shinya Yamanaka?

Shinya Yamanaka is affiliated with the following schools: