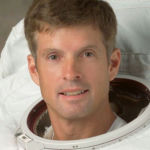 Why Is Steven Swanson Influential?

According to Wikipedia, Steven Roy Swanson is an American engineer and retired NASA astronaut. Swanson has flown two shuttle flights, STS-117 and STS-119, and one Soyuz flight, TMA-12M. All of the flights were to the International Space Station. He has logged over 195 days in space and completed five spacewalks totaling 28 hours and 5 minutes. Swanson has served in other roles at NASA, such as a CAPCOM for both International Space Station and Space Shuttle missions. His awards and honors include the NASA Exceptional Achievement Medal and the JSC Certificate of Accommodation. Prior to becoming a NASA astronaut, Swanson worked for GTE in Phoenix, Arizona, as a software engineer. He is married and has three children.

Other Resources About Steven Swanson

What Schools Are Affiliated With Steven Swanson?

Steven Swanson is affiliated with the following schools: