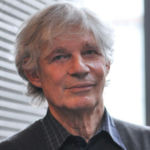 Why Is Stuart Kauffman Influential?

Stuart Kauffman is an emeritus professor of biochemistry at the University of Pennsylvania, an affiliate faculty member for the Institute of Systems Biology, a medical doctor, theoretical biologist, and researcher of complex systems. He earned his B.A. at Oxford University and an M.D. at the University of California at San Francisco.

Among his best-known work has been his exploration of the complexity of biological systems and the origins of the Earth. He built the N-K fitness landscapes model, which expanded upon the spin glass physics models. His N-K fitness landscapes have since been used by biologists and economists to understand systems behaviors.

He is a prolific writer, with over 350 articles to his credit, as well as 6 books, including At Home in the Universe: The Search for Laws of Self-Organization and Complexity, The Origins of Order: Self Organization and Selection in Evolution, and Humanity in a Creative Universe.

Kauffman is a former MacArthur Fellow, having held a fellowship from 1987-1992. He has won the Norbert Wiener Memorial Gold Medal for Cybernetics, the Gold Medal of the Accademia dei Lincei, the Trotter Prize for Information and Complexity, and the Herbert Simon Award for Complex Systems.

He was invited to become a Fellow of the Royal Society of Canada in 2009.

Other Resources About Stuart Kauffman

What Schools Are Affiliated With Stuart Kauffman?

Stuart Kauffman is affiliated with the following schools: