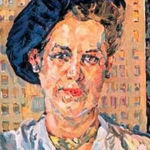 Why Is Sylvia Porter Influential?

According to Wikipedia, Sylvia Field Porter was an American economist, journalist and author. At the height of her career, her readership was greater than 40 million people. Early life Porter was born in Patchogue, New York, on Long Island as Sylvia Field Feldman to Louis and Rose Maisel Feldman. Originally majoring in English literature, she switched to economics and finance given the impact of the Stock Market Crash of 1929. It has been suggested that her fiancé, bank employee Reed Porter, was relying upon Sylvia to explain the complications of the worldwide financial panic. They were married in 1931.

Other Resources About Sylvia Porter

What Schools Are Affiliated With Sylvia Porter?

Sylvia Porter is affiliated with the following schools: