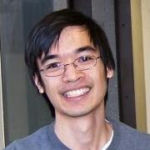 Why Is Terence Tao Influential?

Tao is arguably the greatest living mathematician, and has been called the greatest mathematician of his generation. Born in South Australia, Tao was a child prodigy, the youngest person ever to win a medal in the International Mathematical Olympiad—he was ten. He has since won the Field Medal, the “Nobel Prize” for mathematicians. Terence Tao holds the James and Carol Collins Chair in Mathematics at the University of California at Los Angeles (UCLA).

At the age of 14, Tao attended the Research Science Institute, a summer seminar for talented high school students hosted by the Massachusetts Institute of Technology (MIT). At the age of 16, he received his bachelor’s and master’s degrees in mathematics at Princeton University. He received his Ph.D. from Princeton at age 20. He joined UCLA at the age of 24 and became the youngest person ever appointed to full professor by the university.

Tao’s focus is on partial differential equations, a nonlinear area of calculus, or the mathematics of change. Those who know him are quick to point out that he has an impressive grasp of seemingly all of mathematics—a rare feat, particularly today in an age of specialization. He has also done important work in fields as diverse as probability theory to number theory. As fellow mathematician Timothy Gowers put it when reviewing one of Tao’s books, “it is not easy to find gaps in Tao’s knowledge, and if you do then you may well find that the gaps have been filled a year later.”

Tao has won numerous awards, including but not limited to the Field Medal (referenced above), in 2006 a MacArthur Award (the “genius” award), Fellow of the Royal Society (2007), and in 2009 he was inducted into the American Academy of Arts and Sciences.

According to Wikipedia, Terence "Terry" Chi-Shen Tao is an Australian-American mathematician. He is a professor of mathematics at the University of California, Los Angeles , where he holds the James and Carol Collins chair. His research includes topics in harmonic analysis, partial differential equations, algebraic combinatorics, arithmetic combinatorics, geometric combinatorics, probability theory, compressed sensing and analytic number theory.

Other Resources About Terence Tao

What Schools Are Affiliated With Terence Tao?

Terence Tao is affiliated with the following schools: