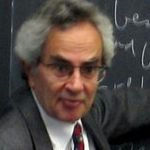 Why Is Thomas Nagel Influential?

Though primarily working in political philosophy and ethics throughout his career, Nagel achieved quite a bit of (ongoing) fame and notoriety in the realm of philosophy of mind and epistemology with his 1974 essay “What is it like to be a Bat?” In the famed essay, Nagel investigated the phenomenal experience of being a bat and argued that consciousness has an innately subjective character that, at least under our current understanding of science and the physical world, cannot be explained satisfactorily from physical causes alone. The resulting debate from this essay still rages on. Beyond this, in political philosophy and ethics, Nagel has argued for a Kantian and rationalist approach to morality and law.

For his work, Nagel has received honors including fellowship with the American Academy of Arts and Sciences, a Guggenheim Fellowship, a National Science Foundation Fellowship, and the Rolf Schock Prize.

According to Wikipedia, Thomas Nagel is an American philosopher. He is University Professor of Philosophy and Law, Emeritus, at New York University, where he taught from 1980 to 2016. His main areas of philosophical interest are legal philosophy, political philosophy, and ethics.

Other Resources About Thomas Nagel

What Schools Are Affiliated With Thomas Nagel?

Thomas Nagel is affiliated with the following schools:

What Are Thomas Nagel's Academic Contributions?

Thomas Nagel has made the following academic contributions: