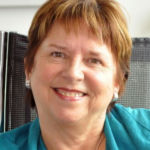 Why Is Wendy Hall Influential?

Areas of Specialization: Hypermedia, Web Science
Hall is Regius Professor of Computer Science at the University of Southampton in the UK. She received her bachelor’s and Ph.D. in Mathematics at Southampton. She also has a master’s degree in Computing at City University in London.

Hall has the distinction of developing a working hypertext system before the World Wide Web existed. The team she led created the powerful Microcosm hypermedia system, which was later used commercially with the start-up Multicosm, LTD. For her groundbreaking work, Hall became the first female professor at Southampton. She was also Head of the School of Electronics and Computer Science, from 2002 to 2007.

Hall worked with founder of the Web Tim Berners-Lee as founding director of the Web Science Research Initiative (WSRI). Her work at WSRI helped establish Web Science, the study of behavior and interaction on large-scale networks like the World Wide Web.

Hall’s work has been recognized with prestigious positions as President of the British Computer Society and the Association for Computing Machinery (ACM). Along with Tim Berners-Lee, she is truly one of the pioneers of our modern Web, and its many areas of interest and concern for the field of computer science.

According to Wikipedia, Dame Wendy Hall is a British computer scientist. She is Regius Professor of Computer Science at the University of Southampton. Early life and education Wendy Hall was born in west London and educated at Ealing Grammar School for Girls. She studied for undergraduate and postgraduate degrees in mathematics at the University of Southampton. She completed her Bachelor of Science degree in 1974, and her Doctor of Philosophy degree in 1977. Her doctoral thesis was titled Automorphisms and coverings of Klein surfaces. She later completed a Master of Science degree in Computing at City University London.

Other Resources About Wendy Hall

What Schools Are Affiliated With Wendy Hall?

Wendy Hall is affiliated with the following schools: