The Pressing Questions of Psychology | Interview with Dr. Steven Pinker

We met with Dr. Steven Pinker to answer the most pressing questions about human nature, including how language evolves in humans, and more. Enjoy!

Dr. Steven Pinker from Harvard University explains how he became one of the most influential present-day psychologists. He was originally interested in the field because of the pressing questions about human nature that psychology answered. Dr. Pinker has worked throughout his career as a cognitive psychologist to learn how language evolves in humans. He has also written several books that discuss the most pressing questions of psychology in a way that the general population can understand. Dr. Pinker’s most recent book explores why, despite huge scientific advancement, society seems like it’s “losing its mind.”

Why are there so many languages, how do kids acquire a language? Who decides what's correct grammar and what isn't?” – Dr. Steven Pinker
TWEET POST

See Dr. Steven Pinker’s new book Rationality: What It Is, Why It Seems Scarce, Why It Matters

Karina Macosko: Hi, my name is Karina Macosko from Academic Influence, and I am here with Dr. Steven Pinker, who is one of the most influential psychologists, so we just wanna know briefly…

…how did you get into your field and what made you become one of the most influential psychologists?

Steven Pinker: When I was a kid in the 1960s, everyone was talking about human nature, do we need government or do people just naturally cooperate, do we need money or do people just naturally share? What kind of animals are we? And in college, I sampled different fields that studied human nature in different ways, sociology and philosophy and English literature and neurobiology, but I settled on psychology because it seemed to address really interesting questions. What makes us tick? What are we born with? What do we learn? How do we see? How do we remember? But in a way that you... Wasn’t just a matter of speculation, you could actually study it in a lab and make progress. So it hit a sweet spot for me. I went into Psychology, I became a cognitive psychologist, which is someone who studies intelligent processes like memory and language and thinking with a focus on language.

I wrote a bunch of academic papers and books that were only read by my fellow academics, but at some point I decided to try my hand at reaching a broader audience, and I wrote a book called The Language Instinct that tried to satisfy everyone’s curiosity about language, the kind of questions that I would get when I would meet someone at a bus stop or a bar, and they’d say, "What do you do for a living?" And I’d say, "Well, I study language." And they’d say, "Oh, that’s really interesting. Why are there are so many languages? How do kids acquire a language? Who decides what’s correct grammar and what isn’t?" And so I wrote a book trying to put all of that together, one thing led to another, people found the book interesting, they still do, and I wrote a number of other books following up on other questions about language, mind and human nature, eventually returning to my original interest as a teenager in deep questions about, where does violence come from? To what extent are we selfish, to what extent are we generous? And those questions that got me going decades before.

Steven: Well, there are really two questions there, which is one, how does the ability to learn and use language in the first place evolve in our species? How come we’re not like chimpanzees, our cousins? What happened in the human lineage that we evolved the ability to invent and learn and use language and the chimps did not? There’s another question then, once we were humans, how do languages evolve? That is, how come you and I aren’t talking like Shakespeare or like Chaucer or like the Germanic tribes that invaded the British Isles in the early centuries of the first millennium. There, we can get a better picture of what happened because the evolution of the language ability in the species occurred way before, of course, there were any kind of written records, words don’t fossilize. So there we have to make some educated guesses, whereas when it comes to the evolution of particular languages like English. Well, writing goes back a long way and we can actually reconstruct what English sounded like in earlier periods.

Karina: Wow, so can you kinda just walk us through how you study this? On a day-to-day basis, what information are you looking at in order to answer these questions?

Steven: Well, do you mean me in particular or do you mean people who study language? ’Cause I’m just one little guy in a huge field, and not everyone does everything.

Karina: Yeah, of course, you in particular.

Steven: I’ve used a number of methods over the course of my career, I’ve looked at transcripts of children in conversation, a psychologist might drop in on a family for two hours a week, every two weeks, let the tape recorder run, then transcribe it, put it in a computer, and then you’ve got a record of what real kids sound like when they’re just in natural conversation with their parents.

I’ve done experiments where kids come into a lab or we go out into a day care center with little puppets, and we have the puppets say various things and the kids answer questions or they correct the puppet if the puppet has made a mistake.

I’ve looked in adults at people with injuries to the brain, if you have a stroke and a particular part of your left hemisphere has been damaged, what aspect of language is impaired?

I’ve looked at patients who are undergoing surgery for epilepsy where a part of their brain is actually removed, the one that’s causing the epileptic seizure. Before they have the surgery, the neurologists will implant electrodes, not out of scientific curiosity, but just so the electrodes will pick up the exact spot on the brain from which the epileptic seizure begins, but while they’re sitting around waiting to have a seizure, they’re not doing anything better and they’re happy to participate in experiments, including experiments on what happens in the brain, measured by these electrodes, when you repeat a word or use a word in a sentence, and that’s one way of finding out what parts of the brain are active in the actual use of language moment by moment, in real time.

I’ve looked at records of language on Google Ngram Viewer which plots the frequency of words and phrases over history and over historical records. So all kinds of techniques. Whatever will help answer the question that I happen to be curious about.

Karina: Wow, well, thank you so much for taking the time to talk with me. It was really interesting hearing about this huge field which you have kind of been a pioneer of. So thank you so much.

Steven: Nice to talk to you, Karina. 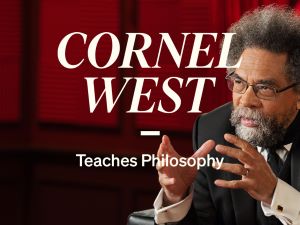 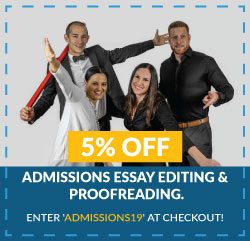