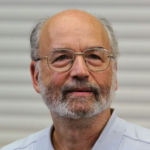 Why Is Adi Shamir Influential?

Areas of Specialization: Computational Cryptography
Shamir is a cryptographer and professor of computer science at the Weizmann Institute of Science in Israel. He received a bachelor’s degree in Mathematics from Tel Aviv University in 1973, and a master’s and Ph.D. in computer science at Weizmann in the 1975 and 1977.

Shamir became famous for his co-invention of one of the world’s first public key cryptosytems, RSA (which bears his name: it’s an acronym for Rivest-Shamir-Adleman). The RSA public key system has been widely adopted by businesses and individuals to securely send encrypted messages, as in email or other data transmissions over a network. He has also done pioneering work in visual cryptography, and developed a powerful technique known as “differential” cryptography—though it was later revealed that the top secret National Security Agency (NSA) had developed and used the technique secretly. Nonetheless, for his many important discoveries in the field, Shamir is one of the true fathers of computational cryptography.

Shamir has received many awards recognizing his contributions to computer science and cryptology. In 2002 he received the highest honor in computer science, the Turing Award. He has also been honored by the Vatican with the PIUS XI Gold Medal, and was elected in 2018 as a Foreign Member of the Royal Society for his substantial contribution to human knowledge. Quite a career, indeed.

Other Resources About Adi Shamir

What Schools Are Affiliated With Adi Shamir?

Adi Shamir is affiliated with the following schools: