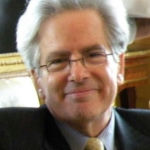 Why Is Arturo Valenzuela Influential?

According to Wikipedia, Arturo A. Valenzuela is a Chilean-American academic who was the United States Assistant Secretary of State for Western Hemisphere Affairs from November 5, 2009, until August 2011. His confirmation had been blocked by Senator Jim DeMint due to a dispute over President Barack Obama's approach to the 2009 Honduran constitutional crisis. He previously served as Professor of Government and Director of the Center for Latin American Studies in the Edmund A. Walsh School of Foreign Service at Georgetown University. He was previously Professor of Political Science and Director of the Council on Latin American Studies at Duke University. In May 2011 it was reported that Valenzuela would be leaving his government post later that summer to return to his academic activities. He officially left office at the end of August 2011.

Other Resources About Arturo Valenzuela

What Schools Are Affiliated With Arturo Valenzuela?

Arturo Valenzuela is affiliated with the following schools: