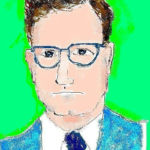 Why Is C. Wright Mills Influential?

According to Wikipedia, Charles Wright Mills was an American sociologist, and a professor of sociology at Columbia University from 1946 until his death in 1962. Mills was published widely in popular and intellectual journals. He is remembered for several books, such as The Power Elite, which introduced that term and describes the relationships and class alliances among the US political, military, and economic elites; White Collar: The American Middle Classes, on the American middle class; and The Sociological Imagination, which presents a model of analysis for the interdependence of subjective experiences within a person's biography, the general social structure, and historical development.

Other Resources About C. Wright Mills

What Schools Are Affiliated With C. Wright Mills?

C. Wright Mills is affiliated with the following schools:

C. Wright Mills has made the following academic contributions: