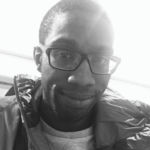 Why Is Christopher Jackson Influential?

Areas of Specialization: Tectono-Stratigraphic Evolution of Rift Basins, Salt Tectonics, Deep-water Sedimentology and Stratigraphy
Christopher Jackson, is a professor of geology at Imperial College London. He earned a B.Sc and a Ph.D from the University of Manchester. Jackson’s work has focused on the evolution of sedimentary basins through stratigraphic, structural, and geodynamic forces. His revolutionary work has earned him a reputation as the leading interpreter of geological and seismic data of his generation.

He is perhaps best known for his work on Expedition Volcano, which was a BBC-produced documentary of extraordinary depth, investigating two of the most dangerous volcanoes in the world, the Nyiragongo and Nyamuragira. Along with fellow researchers and scientists, such as Xand Van Tulleken, Jackson explored the geology of the crater floors and even spent a week camping next to a lava lake 350m down. They were hoping to provide insights that would be useful for early warnings before volcanic activity, as well as to better understand how proximity to the volcano was impacting the lives of everyday people.

According to Wikipedia, Christopher Aiden-Lee Jackson is a British professor of sustainable geoscience at University of Manchester, UK having previously held the Equinor Chair of Basin Analysis at Imperial College, London. He is known for his work in geoscience, especially in the use of 3D seismic data to understand dynamic processes in sedimentary basins.

Other Resources About Christopher Jackson

What Schools Are Affiliated With Christopher Jackson ?

Christopher Jackson is affiliated with the following schools: