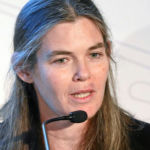 Why Is Daphne Koller Influential?

Areas of Specialization: Machine Learning, Artifical Intelligence, Computational Biology
Koller is a professor of computer science at Stanford University. She received her bachelor’s degree from Hebrew University of Jerusalem in 1985, and her Ph.D. from Stanford in 1993. Her former students include notable computer scientists Ben Tasker, Suchi Saria, and Eran Segal.

Koller’s work focuses on probabilistic reasoning, representation, and inference with graphical models like Bayes Nets. With Stanford colleague Andrew Ng, Koller launched the online learning platform Coursera in 2012, serving as co-CEO with Ng and later as the company’s president. Koller has also been active in using modern data science and statistics to improve areas of concern for us like health care. For instance, she has made important contributions to the development of techniques and software that help predict whether premature babies will have health problems. She has directed her focus on computer vision as well as computational biology toward the development of applications and systems that can help in decision making and diagnosis in medical and other industries.

Koller has received numerous awards in her distinguished career in computer science, including winning the MacArthur Fellowship in 2004. She is a favorite of popular media, listed as one of the Ten Most Important People of 2010 by Newsweek. Also in 2010, the Huffington Post named her one of the 100 Game Changers, and in 2013 Time Magazine included her in its list of 100 Most Influential People.

According to Wikipedia, Daphne Koller is an Israeli-American computer scientist. She was a professor in the department of computer science at Stanford University and a MacArthur Foundation fellowship recipient. She is one of the founders of Coursera, an online education platform. Her general research area is artificial intelligence and its applications in the biomedical sciences. Koller was featured in a 2004 article by MIT Technology Review titled "10 Emerging Technologies That Will Change Your World" concerning the topic of Bayesian machine learning.

Other Resources About Daphne Koller

What Schools Are Affiliated With Daphne Koller?

Daphne Koller is affiliated with the following schools: