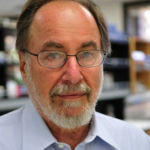 Why Is David Baltimore Influential?

Areas of Specialization: Microbiology
David Baltimore is director of the Joint Center for Translational Medicine and President Emeritus and Robert Andrews Milliken Professor of Biology at the California Institute of Technology. He earned a bachelor’s degree from Swarthmore College and a PhD in biology from the Massachusetts Institute of Technology, where he also conducted his postdoctoral research on virus replication.

His research has produced remarkable contributions to cancer research, biotechnology, recombinant DNA research virology, and immunology. In 1975, he shared the Nobel Prize for Physiology or Medicine with Howard Temin and Renato Dulbecco, for their work on interactions between the genetic material contained in the cell and tumor viruses. Reverse transcriptase was found to be an enzyme that can cause cell transcription — or replication of their genomes.

After receiving the Nobel Prize, Baltimore moved into immunology and virology, which led to his work on Abelson murine leukemia virus, lymphocyte differentiation, and the use of tyrosine as a phosphoacceptor.

He is a co-founder of the Whitehead Institute of Biomedical Research which has arisen to international prominence and is considered a crucial partner for the Human Genome Project. From 1997 to 2005, he served as president of the California Institute of Technology, during which time he also received the National Medal of Science from President Bill Clinton.

According to Wikipedia, David Baltimore is an American biologist, university administrator, and 1975 Nobel laureate in Physiology or Medicine. He is currently President Emeritus and Distinguished Professor of Biology at the California Institute of Technology , where he served as president from 1997 to 2006. He also served as the director of the Joint Center for Translational Medicine, which joined Caltech and UCLA in a program to translate basic scientific discoveries into clinical realities. He also formerly served as president of Rockefeller University from 1990 to 1991, founder and Director of the Whitehead Institute of Biomedical Research from 1982 to 1990, and was president of the American Association for the Advancement of Science in 2007.

Other Resources About David Baltimore

What Schools Are Affiliated With David Baltimore?

David Baltimore is affiliated with the following schools: